Winners of the National Awards “Urker- 2021” 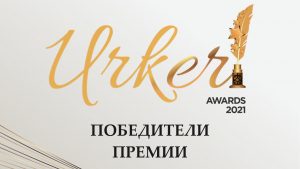 Winners of the National Prize “URKER – 2021” in the field of print, radio, Internet journalism.

On June 24, in Nur-Sultan, on the eve of the professional holiday, the ceremony of awarding the winners of the National Prize “URKER – 2021” in the field of print, radio and Internet journalism was held.

In 2021, the organizers received 340 applications from republican and regional radio stations, print and online publications. In total, since 2017, 2,833 works have been submitted for the Prize, of which 248 were shortlisted. The 67 best representatives of the national mass media became the owners of the URKER commemorative statuette.

In today’s peacetime, we remember and honor all those thanks to whom we can work calmly, create, enjoy success, make…

Happy Defender of the Fatherland Day!

We sincerely congratulate our men on May 7 – Defender of the Fatherland Day! We are always proud that you…

Phone for making an appointment