The Kazmedia football team is the bronze medal-winner of the ninth season of BAQ LEAGUE!

On September 5, the IX season of the BAQ league championship in mini-football among the media of Kazakhstan ended in Nur-Sultan. 12 teams were selected to participate in the championship this year, which were divided into “A” and “B” leagues.
⠀
We are pleased to announce that the Kazmedia football team took the third place in the A league 🥉
⠀
Separate awards were given to:
🌟 Best goalkeeper – Senior Coordinator of the Communications and Coordination Department Sabyrbaev Sayat 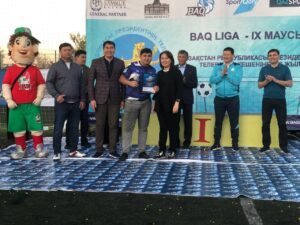 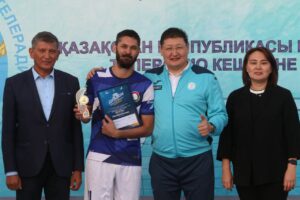 We are very proud of the victory of our colleagues!
We sincerely congratulate you and wish you even greater sporting achievements!