175th Anniversary of the Great Abay 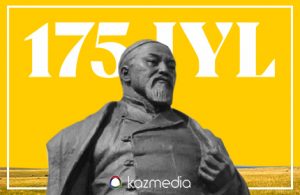 August 10 of this year will mark the 175th anniversary of the birth of the great thinker, public figure, composer and founder of Kazakh written literature – Abai Kunabayev.
Abai’s works never lose their relevance and continue to set landmarks in the cultural and spiritual life of the modern society. Raising the problems of morality and rights of ethnic Kazakhs, the steppe philosopher strove to unite the people and introduce them to the values ​​of world culture.

On the eve of this significant date, we have prepared a video with the performance of the motives of the legendary folk song “Kuzimnin Karasy”, written by our Great Poet!